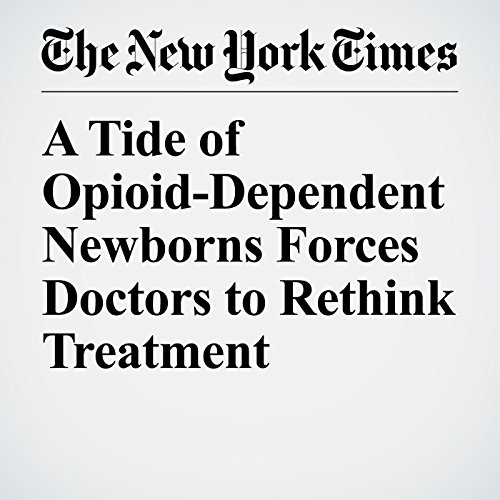 From 2003 to 2012, the last year for which statistics are available, the number of babies born dependent on drugs grew nearly fivefold in the United States. Opioids are the main culprit, and states like Kentucky are particularly hard-hit: 15 of every 1,000 infants here are born dependent on opioids.

"A Tide of Opioid-Dependent Newborns Forces Doctors to Rethink Treatment" is from the July 13, 2017 U.S. section of The New York Times. It was written by Catherine Saint Louis and narrated by Barbara Benjamin-Creel.