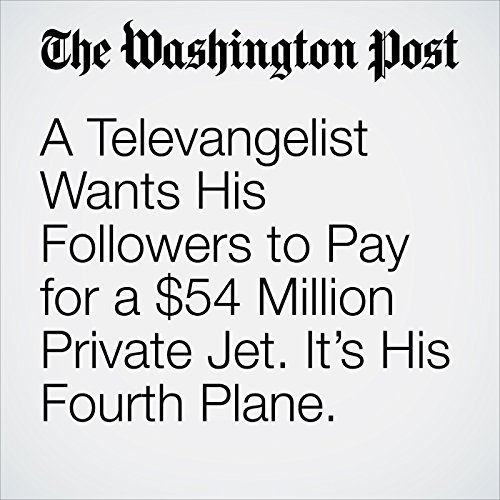 If Jesus were to descend from heaven and physically set foot on 21st-century Earth, prosperity gospel televangelist Jesse Duplantis told his followers, the Redeemer would probably take a pass on riding on the back of a donkey: “He’d be on an airplane preaching the gospel all over the world.”

"A Televangelist Wants His Followers to Pay for a $54 Million Private Jet. It’s His Fourth Plane." is from the May 29, 2018 National section of The Washington Post. It was written by Cleve R. Wootson Jr. and narrated by Sam Scholl.