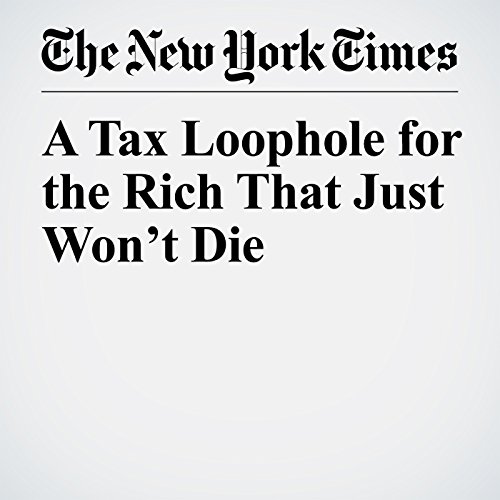 After the billionaire investor Warren Buffett exposed the unfairness of a federal tax code that assessed his secretary at a higher rate than him, it was hard to imagine a tax reform plan that would be even less fair. House Republicans have come up with one.

"A Tax Loophole for the Rich That Just Won’t Die" is from the November 10, 2017 Business section of The New York Times. It was written by James B. Stewart and narrated by Mike DelGaudio.