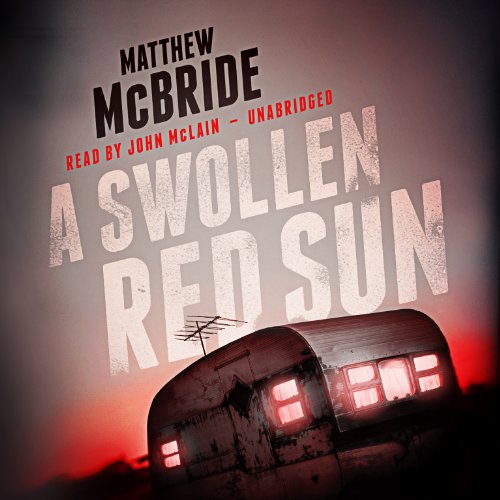 God, drugs, corruption, and morality come together in this gripping tale of desperation.

In Gasconade County, Missouri - once called the meth capital of the world - Deputy Sheriff Dale Banks discovers $52,000 hidden in the broken-down trailer that Jerry Dean Skaggs uses for cooking crystal. And he takes it. Banks knows what he did was wrong, but he did it for all the right reasons. At least, he thinks so. But for every wrong deed, there is a consequence.

Jerry Dean can't afford to lose that $52,000 - he owes it to his partners and to a crooked cop. He also can't afford to disappoint the crazed and fearsome Reverend Butch Pogue, who is expecting Jerry Dean to deliver the chemicals the reverend needs for his next batch of meth. To avoid the holy man's wrath, Jerry Dean sets in motion a series of events that will threaten Banks' family, his life, and everything he thinks he knows about the world.

To start with, the narrator, McLain, did not do the book justice. He was dead-pan and monotone and there was some seriously twisted action to get excited about, yet his voice remained in a tone as if he was reading the phone book.

With that said, I liked the story, the writing, the characters, and especially the twists. I gasped out loud more than once, saying "no way" to anyone around me. The unexpected action was great.

I loved the character development. Many authors don't take the time to develop the characters of the "bad guys," but McBride clearly loved his bad guys. They were dirty, and smelly, and just fun to hate. And the "hero" of the story was flawed, and on the edge, and real.

Honest grit with due respect

I read a lot of southern crime fiction, and the problem with most of it is the cartoon-like portrayals of characters set in backwoods USA, perpetuating the myth that the dope damned south is populated by a bunch of nimble minds. I live around people like the ones in this book, and I can promise you, stupid people they are not. Poor? Cynical? Dark and forgotten? Yes. But cartoonish yee-haws? No way.
McBride not only wrote a gripping piece of southern crime fiction, but he took careful steps to pay respect to characters the rest of the world, for the most part, have written off as born bad. The best word to describe this ride through the mayhem of back country Missouri is "authentic", and I look forward to seeing this author continue to kill it in the future.