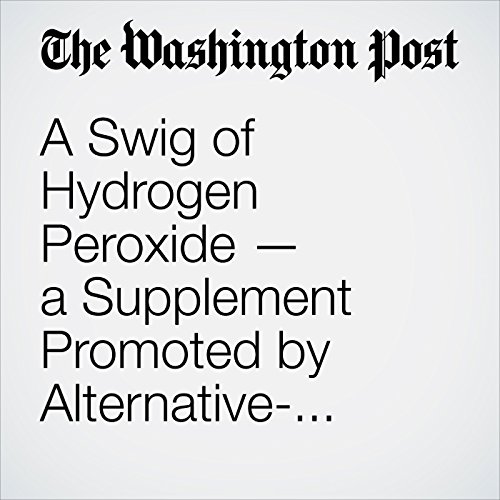 Hundreds of people have become severely ill and at least five have died after consuming high-concentration hydrogen peroxide that some people take as an additive to their diets, according to a new study.

"A Swig of Hydrogen Peroxide — a Supplement Promoted by Alternative-Health Devotees — Can Kill You" is from the February 01, 2017 Health & Science section of The Washington Post. It was written by Lenny Bernstein and narrated by Jenny Hoops.