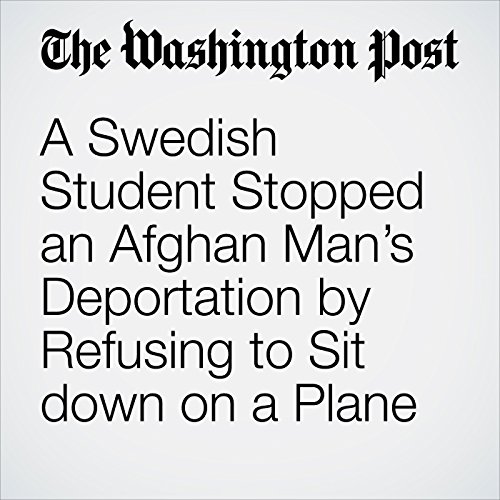 Around the world — from Chicago to Munich to Roskilde, Denmark — airports have become centers of political protest over deportations. Activists have blocked airport entrances, demonstrated outside terminal fences and even stormed a runway in attempts to stop flights carrying deportees.

"A Swedish Student Stopped an Afghan Man’s Deportation by Refusing to Sit down on a Plane" is from the July 25, 2018 World section of The Washington Post. It was written by Samantha Schmidt and narrated by Sam Scholl.