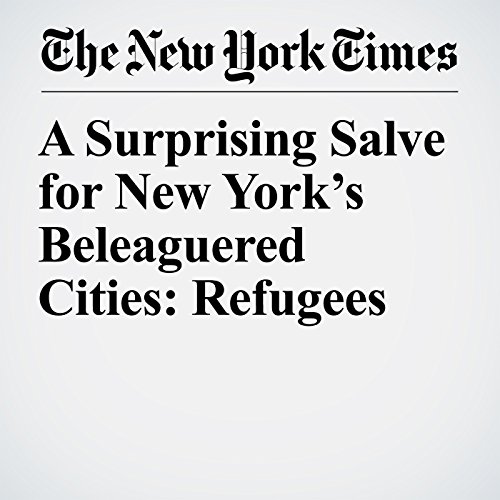 While President Donald Trump has cast incoming refugees in a sinister light, the influx into the beleaguered communities along New York’s old Erie Canal has been a surprising salve for decades of dwindling population and opportunity.

"A Surprising Salve for New York’s Beleaguered Cities: Refugees" is from the February 20, 2017 U.S. section of The New York Times. It was written by Jesse McKinley and narrated by Caroline Miller.