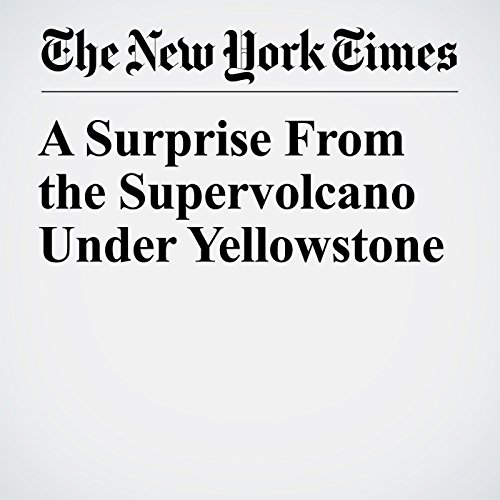 Beneath Yellowstone National Park lies a supervolcano, a behemoth far more powerful than your average volcano. It has the ability to expel more than 1,000 cubic kilometers of rock and ash at once — 250,000 times more material than erupted from Mount St. Helens in 1980, which killed 57 people. That could blanket most of the United States in a thick layer of ash and even plunge the Earth into a volcanic winter.

"A Surprise From the Supervolcano Under Yellowstone" is from the October 10, 2017 Science section of The New York Times. It was written by Shannon Hall and narrated by Kristi Burns.