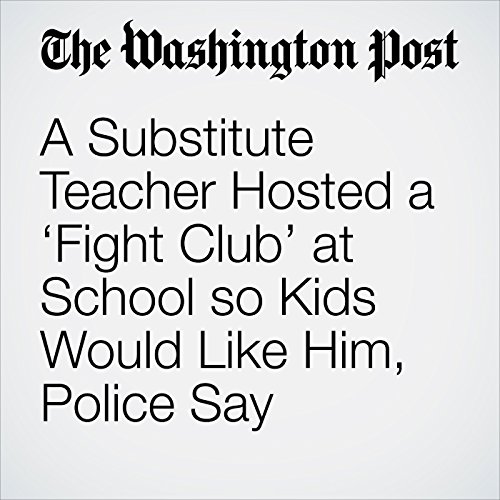 "A Substitute Teacher Hosted a ‘Fight Club’ at School so Kids Would Like Him, Police Say" is from the January 00, 1900 National section of The Washington Post. It was written by Avi Selk and narrated by Jenny Hoops.