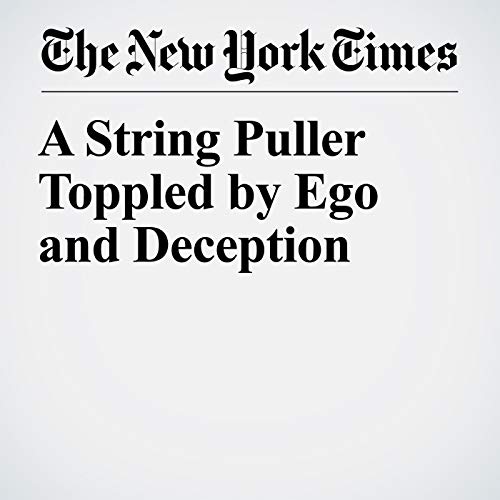 ALEXANDRIA, Va. — A week before the Trump presidential campaign announced that it had hired Paul Manafort, a New York Yankees ticket specialist alerted him that his annual season tickets would soon be arriving at his 43rd-floor apartment at Trump Tower in New York.

"A String Puller Toppled by Ego and Deception" is from the August 12, 2018 U.S. section of The New York Times. It was written by Sharon Lafraniere, Kenneth P. Vogel and Maggie Haberman and narrated by Keith Sellon-Wright.