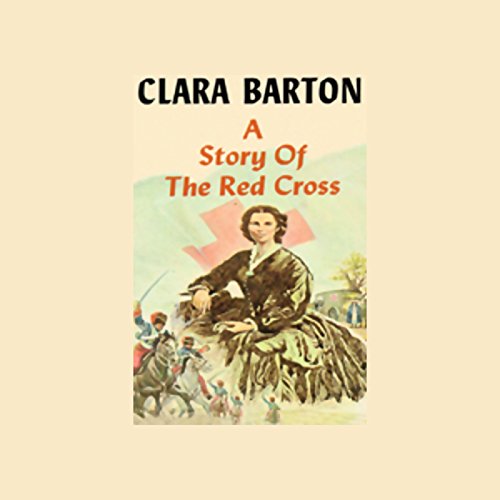 Clara Barton was one of those diminutive New England women of the 19th century who was determined to make the world a better place. What Susan B. Anthony was to women's suffrage and Harriet Beecher Stowe was to the cause of abolition, Clara Barton was to the humanitarian impulse of the American people to help the unfortunate victims of war and disaster. In 1881, Clara Barton founded the American Red Cross; she served as its president from 1882 to 1904. The Red Cross of today stands as a living memorial to the lifelong efforts of this valiant woman.

Miss Barton tells the story of the first 25 years of the organization which she founded. The relief offered by the organization in the Texas Famine, the Mount Vernon Cyclone, the Johnstown Flood, the Sea Island Hurricane, and the Galveston Tidal Wave is discussed in detail. The stories become all the more dramatic because they are told in Clara Barton's own words and from her point of view as an eyewitness. She lived much that she did not write, but she wrote nothing that she did not live.

This is a charming short set of stories about how the red cross made a difference in peoples lives. The story was told by Clara Barton, the founder of the American Red Cross. It is a wonderful reminder of what a small group of caring people can do to bring about change.

Who could have ever imagined

I was surprised how much I enjoyed this book. It was written in 1904 so I was comforted in the use of the English language that is fading. The eloquent description of early disasters along with the heartfelt generosity during struggling times was a lift to my soul. I enjoyed the history of the era and would recommend this book to like minded listeners.

This book brought tears to my eyes on multiple occasions. Clara Barton was an excellent writer, she was a PR master before there was such a thing. She was an amazing woman or efficiently organized charity relief with selfless integrity. I was impressed with how much they were able to do back in the day without technology to help, like putting up a house & furnishing it in a matter of hours. In modern day we seem to be able to do less with more.

i remembered thus lively book.it is a part of our history one cannot deny ata all