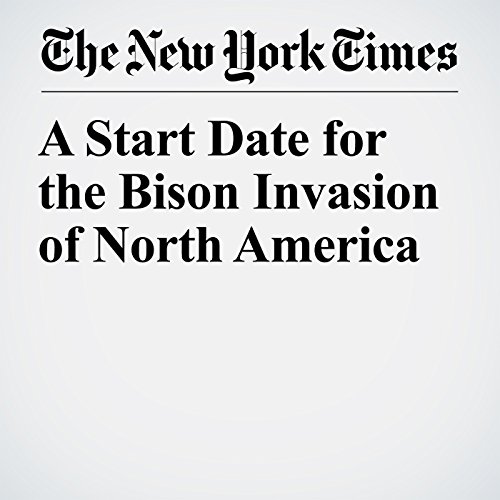 When did North America become a home where the ancestors of buffalo roamed? Between 195,000 and 135,000 years ago, according to a study published Monday that reports on the oldest fossil and genomic evidence of bison on the continent.

"A Start Date for the Bison Invasion of North America" is from the March 13, 2017 Science section of The New York Times. It was written by Nicholas St. Fleur and narrated by Fleet Cooper.