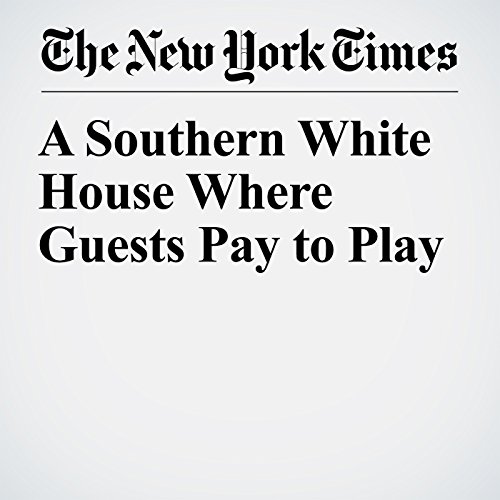 On any given weekend, you might catch President Donald Trump’s son-in-law and top Mideast dealmaker, Jared Kushner, by the beachside soft serve ice cream machine, or his reclusive chief strategist, Stephen Bannon, on the dining patio. If you are lucky, the president himself could stop by your table for a quick chat. But you will have to pay $200,000 for the privilege — and the few available spots are going fast.

"A Southern White House Where Guests Pay to Play" is from the February 18, 2017 U.S. section of The New York Times. It was written by Nicholas Confessore, Maggie Haberman and Eric Lipton and narrated by Paul Ryden.