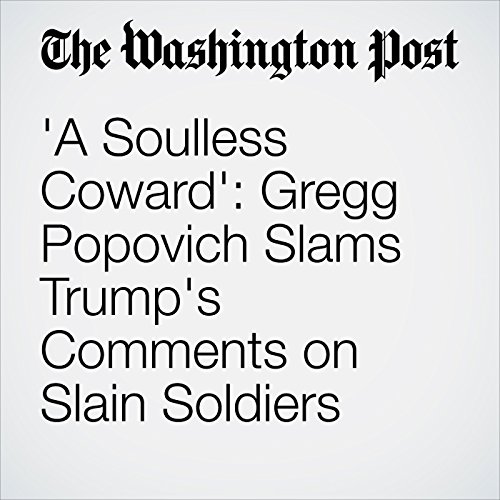 Since the election of President Trump, Gregg Popovich has frequently criticized him, often in unsparing language. On Monday, the Spurs coach blasted Trump as “a soulless coward,” following the president’s comments about his lack of public reaction to the deaths of four U.S. Special Forces soldiers who were on patrol in Niger.

"A Soulless Coward': Gregg Popovich Slams Trump's Comments on Slain Soldiers" is from the October 16, 2017 Sports section of The Washington Post. It was written by Des Bieler and narrated by Sam Scholl.