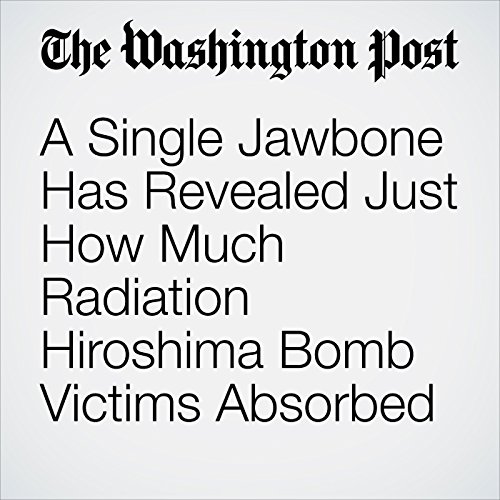 At 8:15 a.m. on Aug. 6, 1945, the United States dropped the first combat atomic bomb, “Little Boy.” It exploded 43 seconds later, creating a massive fireball that incinerated much of Hiroshima. Nearly 350,000 people were in the Japanese city that day, and most were civilians.

"A Single Jawbone Has Revealed Just How Much Radiation Hiroshima Bomb Victims Absorbed" is from the May 02, 2018 World section of The Washington Post. It was written by Kristine Phillips and narrated by Sam Scholl.