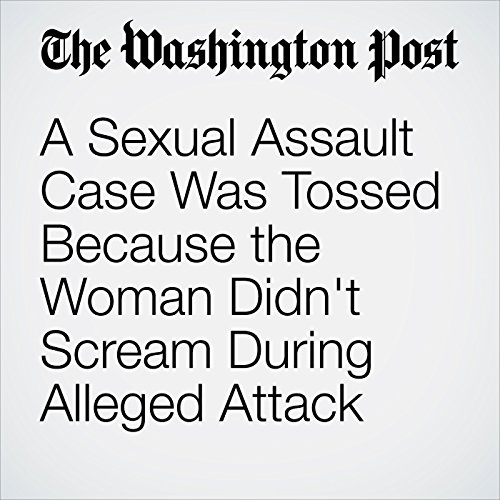 A judge in Turin in northern Italy tossed the case last month, deciding that the woman's reaction was too weak to justify a sexual assault charge, ANSA reported. The woman only said, “Stop it” and “Enough” without crying out or calling for help.

"A Sexual Assault Case Was Tossed Because the Woman Didn't Scream During Alleged Attack" is from the March 26, 2017 World section of The Washington Post. It was written by Kristine Phillips and narrated by Sam Scholl.