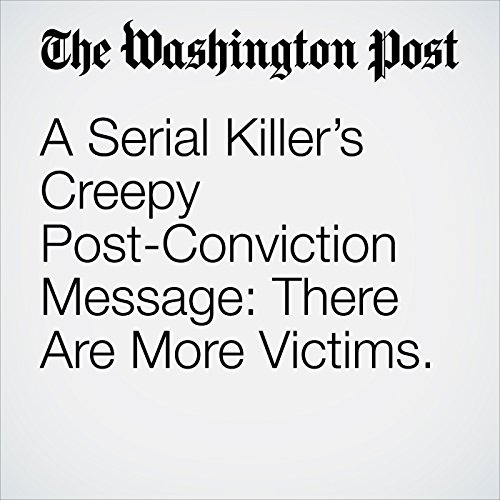 With six words penned to his local newspaper, serial killer Todd Kohlhepp gave voice to the fears of investigators and anyone else worried that a missing loved one had become a victim of South Carolina’s infamous murderer:“Yes there is more than seven.”

"A Serial Killer’s Creepy Post-Conviction Message: There Are More Victims." is from the December 10, 2017 True Crime section of The Washington Post. It was written by Cleve R. Wootson Jr. and narrated by Sam Scholl.