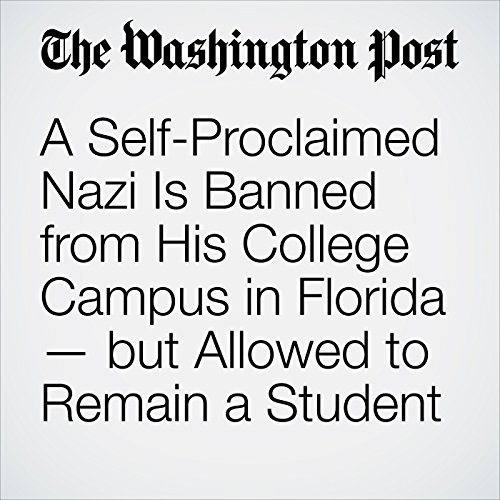 A self-proclaimed Nazi is banned from the University of North Florida’s campus — but will remain a student, university officials said.

"A Self-Proclaimed Nazi Is Banned from His College Campus in Florida — but Allowed to Remain a Student" is from the November 23, 2017 Grade Point section of The Washington Post. It was written by Marwa Eltagouri and narrated by Sam Scholl.