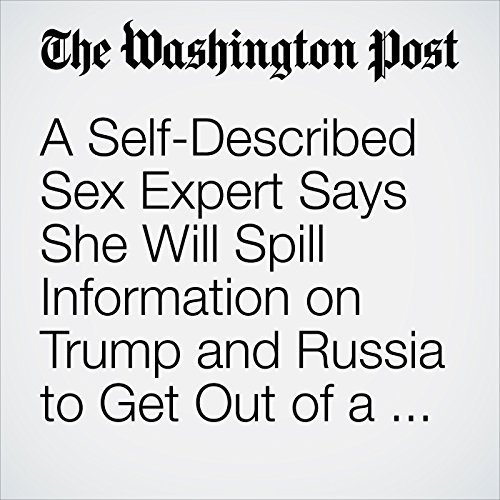 A self-described sex expert whose videos highlighted the ties between one of Russia’s richest men and the Kremlin has been jailed in Thailand and is calling for U.S. help, claiming she has information about links between Russia and President Trump.

"A Self-Described Sex Expert Says She Will Spill Information on Trump and Russia to Get Out of a Thai Jail" is from the February 27, 2018 World section of The Washington Post. It was written by Anton Troianovski and narrated by Sam Scholl.