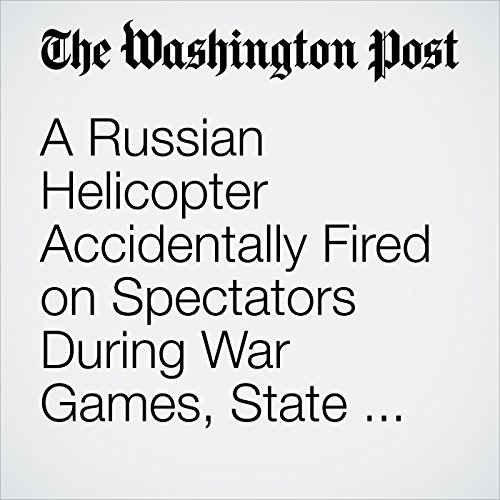 Russian media reported Tuesday that three people were wounded at major Russian military exercises when a helicopter accidentally fired a rocket at a crowd of invited spectators.

"A Russian Helicopter Accidentally Fired on Spectators During War Games, State TV Says" is from the September 19, 2017 World section of The Washington Post. It was written by David Filipov and narrated by Sam Scholl.