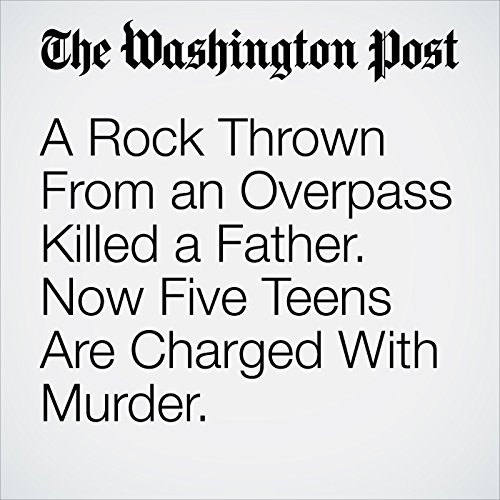 Kenneth Andrew White was riding in the passenger seat of a van on Interstate 75 outside Flint, Mich., last Wednesday when a six-pound rock sliced through the windshield, striking him in the chest and head, police said. The 32-year-old construction worker was pronounced dead at a hospital.

"A Rock Thrown From an Overpass Killed a Father. Now Five Teens Are Charged With Murder." is from the October 24, 2017 National section of The Washington Post. It was written by Rachel Siegel and narrated by Sam Scholl.