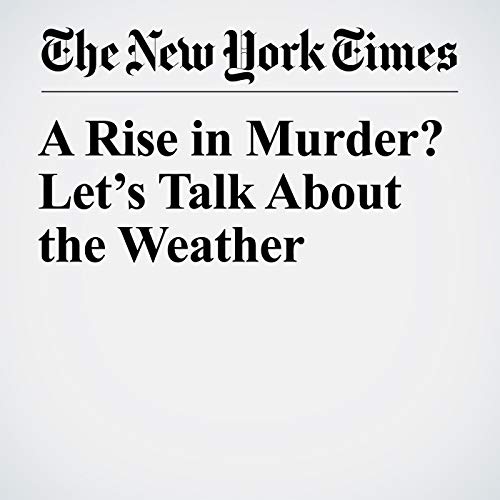 The national murder rate reached a modern low in 2014, capping a quarter-century decline. Then it rose across the United States in 2015 and 2016. Why gun violence increased in those two years remains somewhat of a mystery, and no single factor is likely to explain it, but there is one potential contributor that is rarely talked about: weather.

"A Rise in Murder? Let’s Talk About the Weather " is from the September 21, 2018 U.S. section of The New York Times. It was written by Jeff Asher and narrated by Caroline Miller.