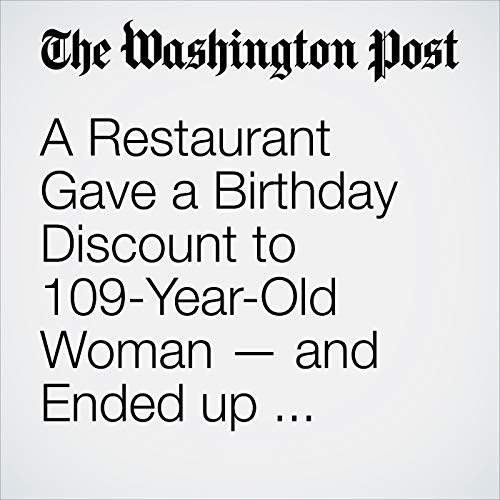 When Helen Self turned 100, she went for a spin on a Harley-Davidson.When she turned 108, she was named one of Montana’s two oldest people.And when Self turned 109 a few weeks ago, she got a whopping birthday discount based on her age: A restaurant gave her a 109 percent discount on her meal — meaning the restaurant actually paid her to eat there.

"A Restaurant Gave a Birthday Discount to 109-Year-Old Woman — and Ended up Owing Her Money" is from the September 06, 2018 National section of The Washington Post. It was written by Allison Klein and narrated by Sam Scholl.