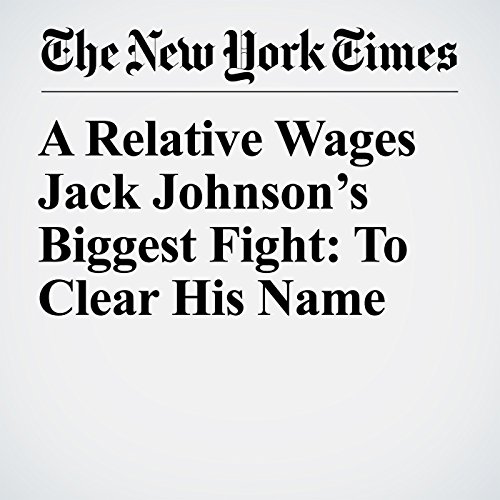 CHICAGO — As Linda Haywood was pumping gas last month, her cousin called with a jarring question: Had she heard about President Donald Trump’s tweet?

"A Relative Wages Jack Johnson’s Biggest Fight: To Clear His Name" is from the May 09, 2018 U.S. section of The New York Times. It was written by Malika Andrews and narrated by Keith Sellon-Wright.