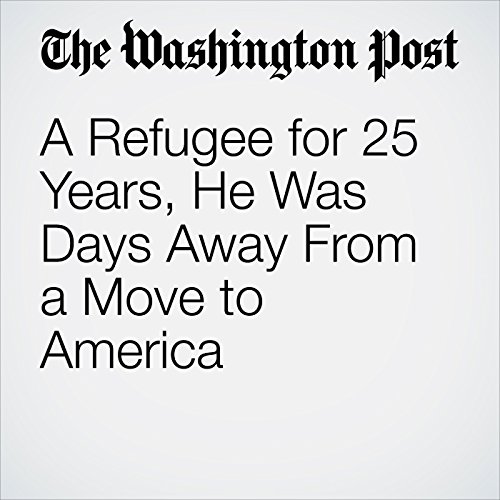 A few hours after he started celebrating, he received a different kind of news, this time on a television at the Kakuma refugee camp, where Rizack has been living since 2009, in a house made of sticks and a plastic tarp.

He saw an image of President Trump on the screen, and then a reporter spoke.

“He said they were banning Somalis,” Rizack recalled.

""A Refugee for 25 Years, He Was Days Away From a Move to America"" is from the January 29, 2017 World section of The Washington Post. It was written by Kevin Sieff and narrated by Sam Scholl.