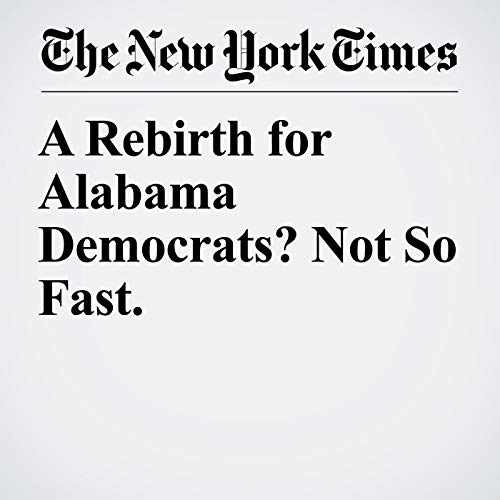 MONTGOMERY, Ala. — When Doug Jones won a Senate seat in Alabama last December, many Democrats celebrated the outcome as a watershed, while Republicans saw it as a blip.

"A Rebirth for Alabama Democrats? Not So Fast." is from the August 23, 2018 U.S. section of The New York Times. It was written by Alan Blinder and narrated by Barbara Benjamin-Creel.

Cosa pensano gli ascoltatori di A Rebirth for Alabama Democrats? Not So Fast.