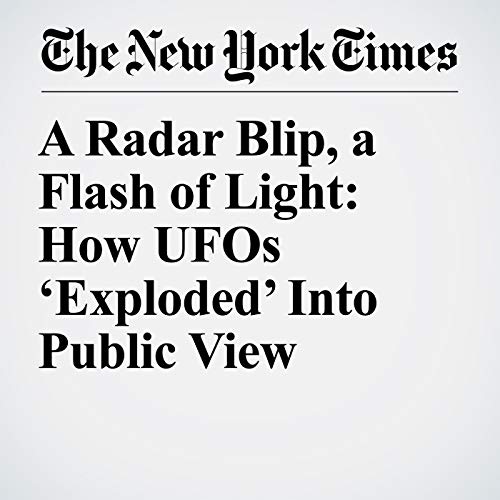 A Radar Blip, a Flash of Light: How UFOs ‘Exploded’ Into Public View

In the early morning of July 20, 1952, Capt. S.C. “Casey” Pierman was ready for takeoff at Washington National Airport when a bright light skimmed the horizon and disappeared. He did not think much of it until he was airborne, bound for Detroit, and an air traffic controller told him two or three unidentified flying objects were spotted on radar traveling at high speed.

"A Radar Blip, a Flash of Light: How UFOs ‘Exploded’ Into Public View" is from the August 03, 2018 U.S. section of The New York Times. It was written by Laura M. Holson and narrated by Barbara Benjamin-Creel.