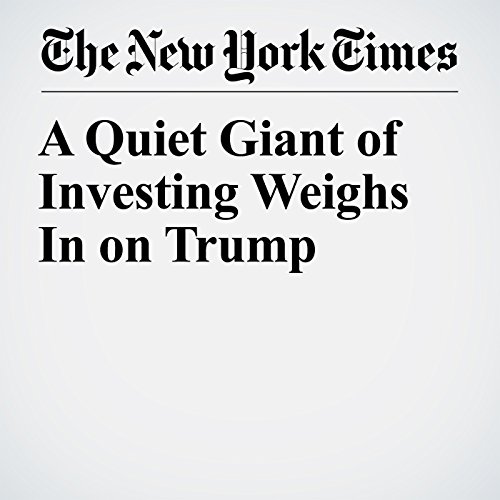 He is the most successful and influential investor you have probably never heard of. His writings are so coveted and followed by Wall Street that a used copy of a book he wrote several decades ago about investing starts at $795 on Amazon, and a new copy sells for as much as $3,500.

"A Quiet Giant of Investing Weighs In on Trump" is from the February 06, 2017 Business section of The New York Times. It was written by Andrew Ross Sorkin and narrated by Kristi Burns.