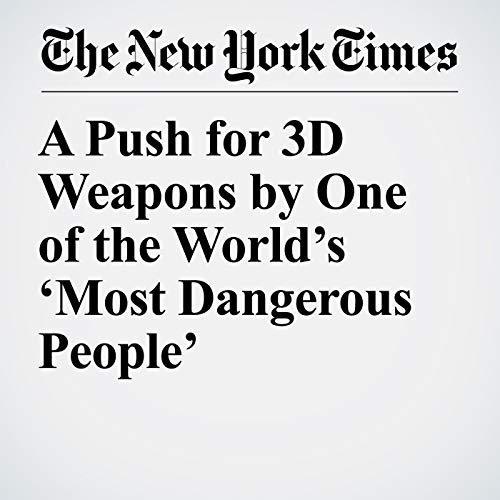 AUSTIN, Texas — For Cody Wilson, this week had long been in the making. For more than five years, the professed gun-rights and free-speech advocate had sought to publish online his blueprints for a downloadable gun but had repeatedly been blocked by the federal government.

"A Push for 3D Weapons by One of the World’s ‘Most Dangerous People’" is from the August 01, 2018 U.S. section of The New York Times. It was written by Dave Montgomery and Ian Urbina and narrated by Kristi Burns.