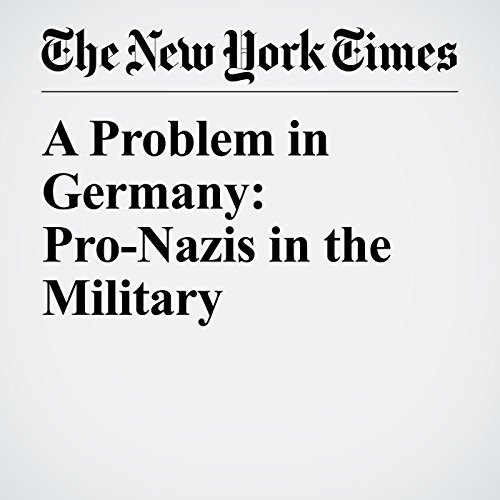 The initial case was bizarre enough that it was hard to know what it meant: A 28-year-old German Army lieutenant was caught posing, improbably, as a Syrian refugee. But when the incident turned out to be part of an elaborate scheme to frame migrants in a terrorist attack aimed at top government officials, the investigation widened.

"A Problem in Germany: Pro-Nazis in the Military" is from the May 10, 2017 World section of The New York Times. It was written by Melissa Eddy and narrated by Kristi Burns.

Cosa pensano gli ascoltatori di A Problem in Germany: Pro-Nazis in the Military