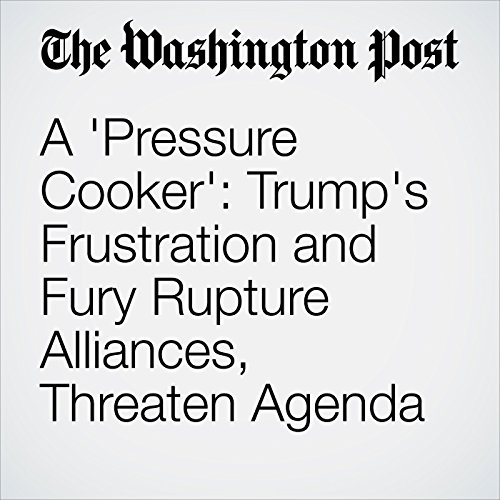 Frustrated by his Cabinet and angry that he has not received enough credit for his handling of three successive hurricanes, President Trump is now lashing out, rupturing alliances and imperiling his legislative agenda, numerous White House officials and outside advisers said Monday.

"A 'Pressure Cooker': Trump's Frustration and Fury Rupture Alliances, Threaten Agenda" is from the October 10, 2017 Politics section of The Washington Post. It was written by Robert Costa, Philip Rucker and Ashley Parker and narrated by Sam Scholl.