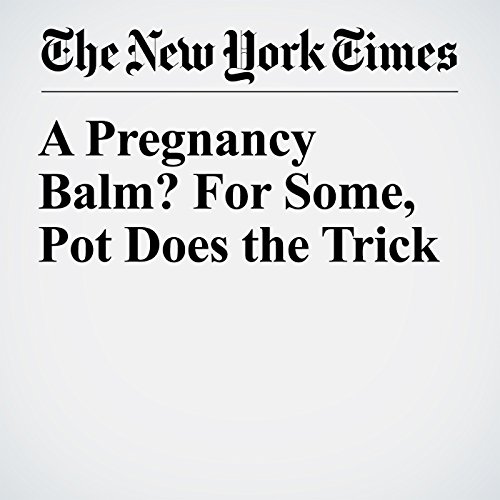 With her first pregnancy, Margaret was “super-nervous about everything,” she said. She drank only decaf coffee, skipped sushi and cold cuts, and ate mostly organic food. During her last two pregnancies, however, she was nauseated around the clock, so she turned to marijuana.

"A Pregnancy Balm? For Some, Pot Does the Trick" is from the February 20, 2017 Science section of The New York Times. It was written by Catherine Saint Louis and narrated by Fleet Cooper.

Cosa pensano gli ascoltatori di A Pregnancy Balm? For Some, Pot Does the Trick