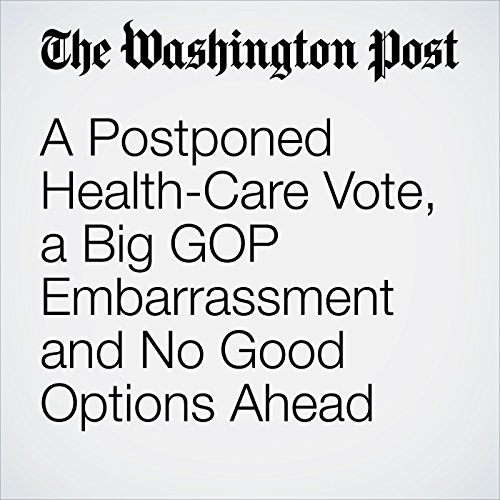 Thursday was supposed to be a glorious anniversary for President Trump and the Republicans. Seven years after President Barack Obama signed the Affordable Care Act, Republicans were poised to take the first concrete step toward repealing and replacing that law. Instead, Thursday produced an embarrassing setback that left the way forward far from certain.

"A Postponed Health-Care Vote, a Big GOP Embarrassment and No Good Options Ahead" is from the March 23, 2017 Politics section of The Washington Post. It was written by Dan Balz and narrated by Jenny Hoops.