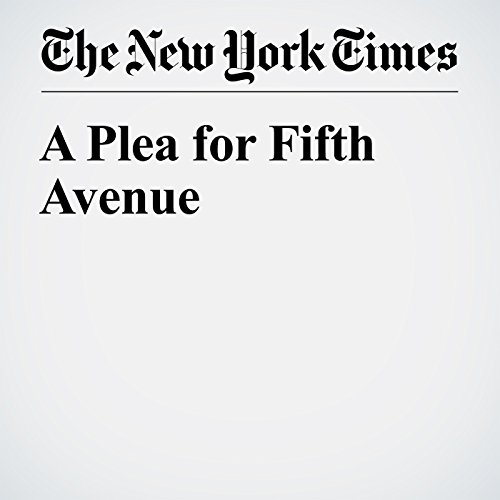 Presidential elections have consequences, and this one will affect New York City more than any in recent memory. This isn’t a comment on the candidates or the nationwide political tone, but on the simple fact that the winner of this election, Donald J. Trump, lives in New York City. And not just in New York City, but on Fifth Avenue in Midtown Manhattan, home to one of the world’s densest concentrations of humanity and traffic bedlam.

"A Plea for Fifth Avenue" is from the January 09, 2017 Opinion section of The New York Times. It was written by Janette Sadik Khan and narrated by Kristi Burns.