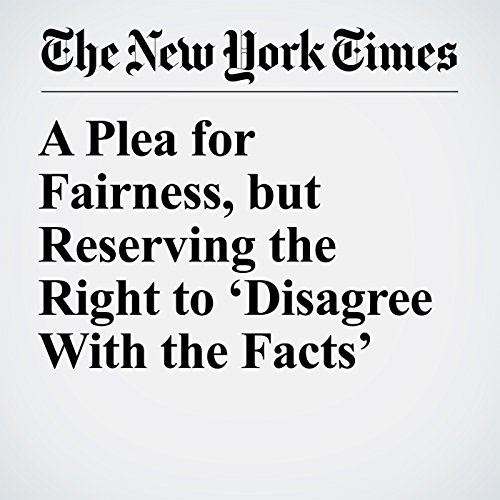 At his first formal briefing Monday, Sean Spicer, the new White House press secretary, told reporters that his administration sometimes does “the right thing,” adding: “And it would be nice, once in a while, for someone just to report it straight up.”

"A Plea for Fairness, but Reserving the Right to ‘Disagree With the Facts’" is from the January 23, 2017 Business section of The New York Times. It was written by Michael M. Grynbaum and narrated by Fleet Cooper.

Cosa pensano gli ascoltatori di A Plea for Fairness, but Reserving the Right to ‘Disagree With the Facts’