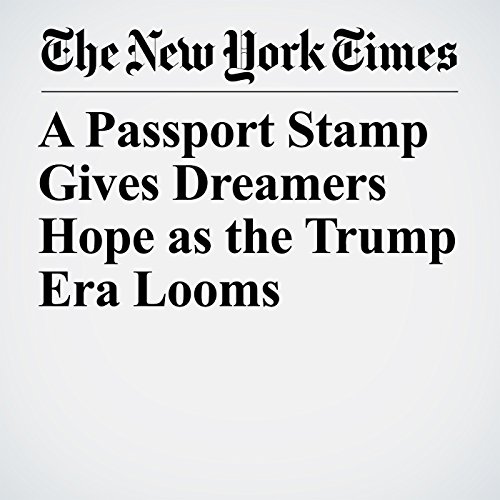 While DACA may be fleeting, the stamp is forever, and for some, it might offer a small future benefit as well: If Guzman were ever to apply for a green card after marrying a U.S. citizen, she would not have to return to Mexico and risk being turned down, as most immigrants who entered the country illegally currently must do. Adjusting her legal status would be far easier.

"A Passport Stamp Gives Dreamers Hope as the Trump Era Looms" is from the January 18, 2017 U.S. section of The New York Times. It was written by Liz Robbins and narrated by Kristi Burns.