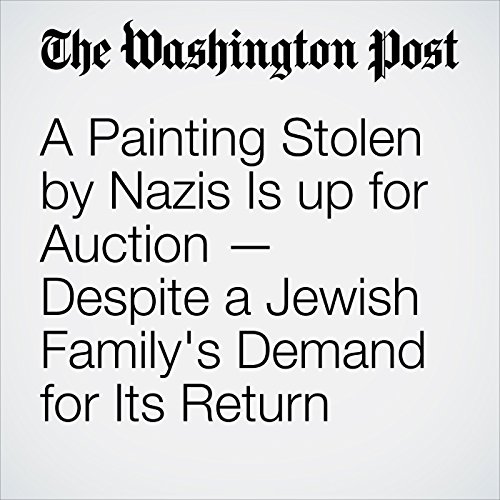 Adolphe Schloss, a Jewish art collector, had compiled more than 300 paintings by Flemish and Dutch artists — still regarded as one of the best collections of his time. When he died, he left the collection to his wife, and it passed to their children before the outbreak of World War II.

"A Painting Stolen by Nazis Is up for Auction — Despite a Jewish Family's Demand for Its Return" is from the April 25, 2017 World section of The Washington Post. It was written by Cleve R. Wootson Jr. and narrated by Sam Scholl.