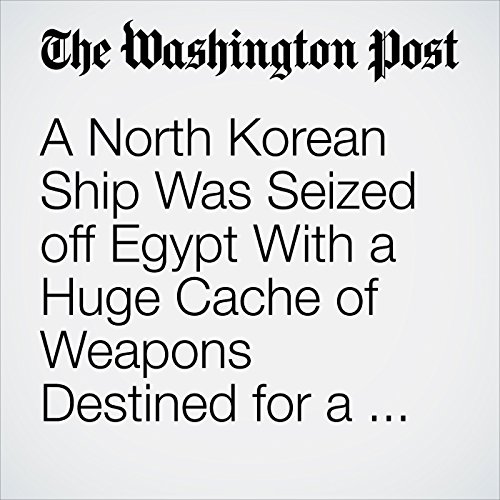 Last August, a secret message was passed from Washington to Cairo warning about a mysterious vessel steaming toward the Suez Canal. The bulk freighter named Jie Shun was flying Cambodian colors but had sailed from North Korea, the warning said, with a North Korean crew and an unknown cargo shrouded by heavy tarps.

"A North Korean Ship Was Seized off Egypt With a Huge Cache of Weapons Destined for a Surprising Buyer" is from the October 01, 2017 World section of The Washington Post. It was written by Joby Warrick and narrated by Sam Scholl.