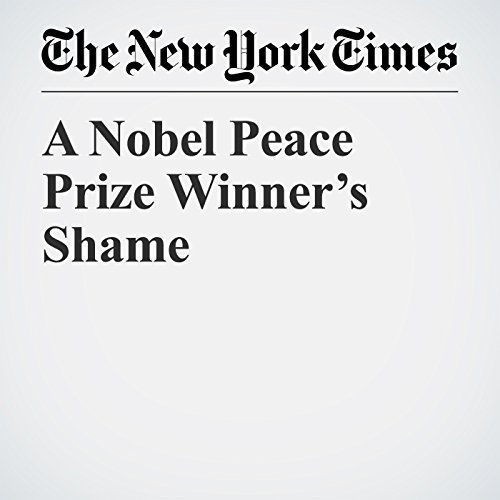 For the last three weeks, Buddhist-majority Myanmar has systematically slaughtered civilians belonging to the Rohingya Muslim minority, forcing 270,000 to flee to neighboring Bangladesh — with Myanmar soldiers shooting at them even as they cross the border.

"A Nobel Peace Prize Winner’s Shame" is from the September 09, 2017 Opinion section of The New York Times. It was written by Nicholas Kristof and narrated by Kristi Burns.