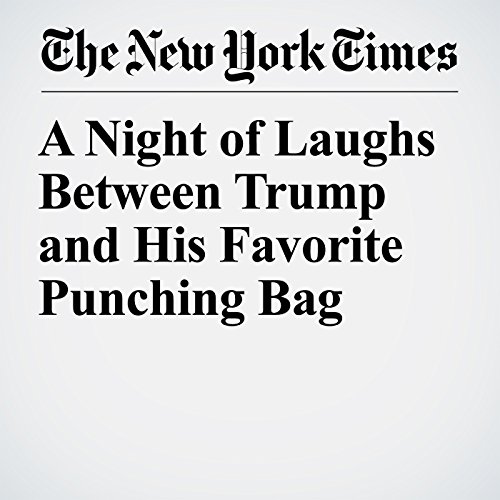 On Saturday afternoon, President Donald Trump took another swing at his favorite punching bag. “Mainstream Media in U.S. is being mocked all over the world,” he tweeted. “They’ve gone CRAZY!”

"A Night of Laughs Between Trump and His Favorite Punching Bag" is from the March 04, 2018 U.S. section of The New York Times. It was written by Michael D. Shear and Michael Tackett and narrated by Kristi Burns.