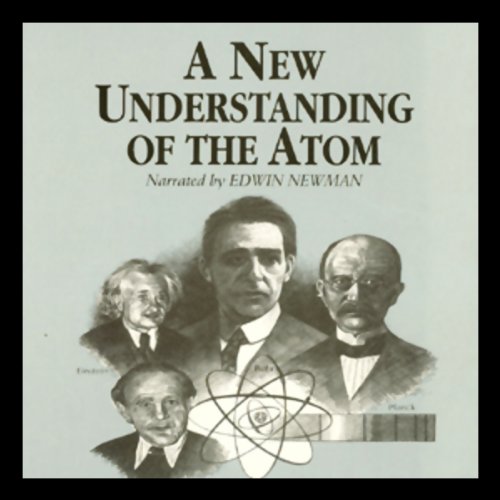 A New Understanding of the Atom

Einstein overthrew Newtonian physics, but like Newton, he still believed that physical events have definite causes. Then Niels Bohr, a Danish physicist, joined others in describing a strange new world of uncertainty and mystery. Quantum mechanics has intrigued and confounded many by joining keen insights with apparent contradictions and indeterminacy. Quantum theory also was later used to create semiconductors, the technology of the computer revolution.

The history of the atomic understanding is well recounted. Also the citations from famous key scientists are well chosen. However, the mimickery of voices of the European scientists and their ridiculous artificial (I suppose these were meant to suggest authenticity) misrepresentations of the likes of Einstein, Bohr, etc. Makes this at times an unbearable listening. Fortunately, these were short (~5%) compared to the overall story, which is pretty good. Keep in mind that with NEW Understanding, this book ends with the understanding of EP&R in 1935.

Nice over all history of the atom. Nicely narrated

Nice over all history of the atom. Nicely narrated. Good for all audiences and also an exellent voice.

a bit boring bit it's the history of science, not eyes wide shut. you get a feel for the development of the consensus on the zeitgeist.

When does the new understanding begin? The dullest recitation of old wrong views turned me away? Bait and switch...I came for the new and got a 'in the beginning dinosaurs roamed the Earth viewpoint' of the atom..

enlightening and interesting. Something for everyone, even if you only have a very basic knowledge of physics. If some technical bits are too difficult, just skip them, and listen to the rest. It was great to hear actual extracts from the writings of some of the great pioneering atomic physicists of the time - and I have to say, that was one of the bits I liked best! It really gave a sense of how these genius scientists wrestled with the strangeness of the discovery of quantum physics, as it unfolded with each of their discoveries. Overall, a great production, thanks.