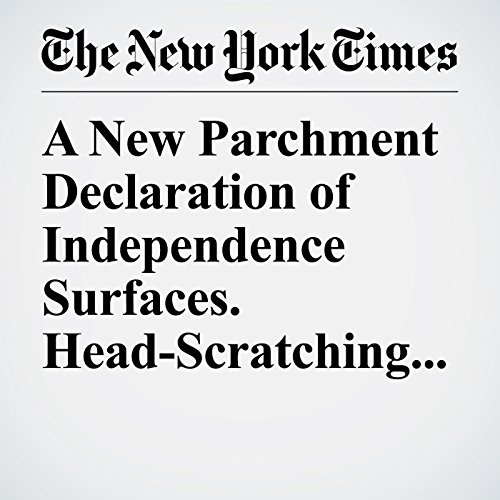 A pair of scholars are announcing a surprising discovery: a previously unknown early handwritten parchment of the Declaration, buried in a provincial archive in Britain.

"A New Parchment Declaration of Independence Surfaces. Head-Scratching Ensues." is from the April 21, 2017 Culture section of The New York Times. It was written by Jennifer Schuessler and narrated by Mike DelGaudio.