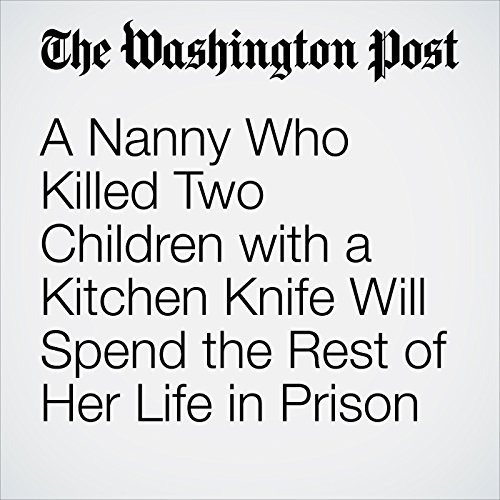 It was a moment Kevin Krim had spent nearly six grief-stricken years waiting for: Yoselyn Ortega, the nanny convicted of killing Krim’s 6-year-old and 2-year-old children, was to be sentenced.

"A Nanny Who Killed Two Children with a Kitchen Knife Will Spend the Rest of Her Life in Prison" is from the May 14, 2018 National section of The Washington Post. It was written by Marwa Eltagouri and narrated by Sam Scholl.