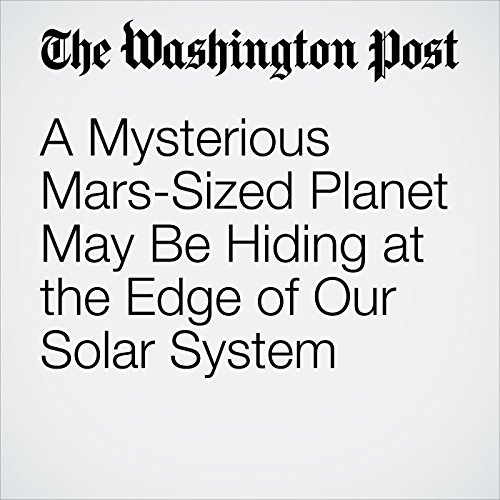 This is not the proposed “Planet Nine,” a ginormous body that Caltech scientists believe could be tugging at the orbits of the solar system's most distant inhabitants. And it's not Pluto. (Sorry Pluto, you still don't count).

"A Mysterious Mars-Sized Planet May Be Hiding at the Edge of Our Solar System" is from the June 27, 2017 Speaking of Science section of The Washington Post. It was written by Sarah Kaplan and narrated by Kristi Burns.