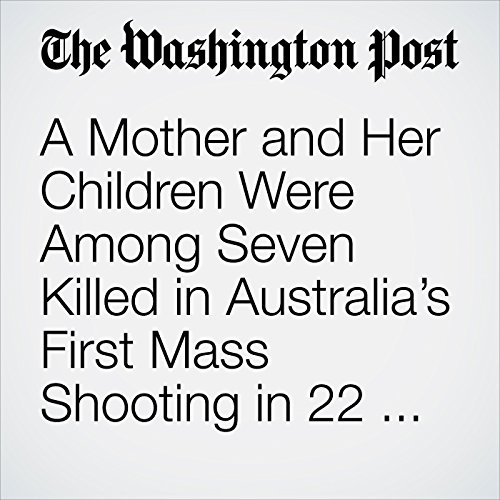 Seven members of a family, including a mother and her four young children, were killed in a mass shooting that rattled a small Australian community and marked the first such incident in the country in more than 20 years.

"A Mother and Her Children Were Among Seven Killed in Australia’s First Mass Shooting in 22 Years" is from the May 12, 2018 World section of The Washington Post. It was written by Kristine Phillips, Lindsey Bever and narrated by Sam Scholl.