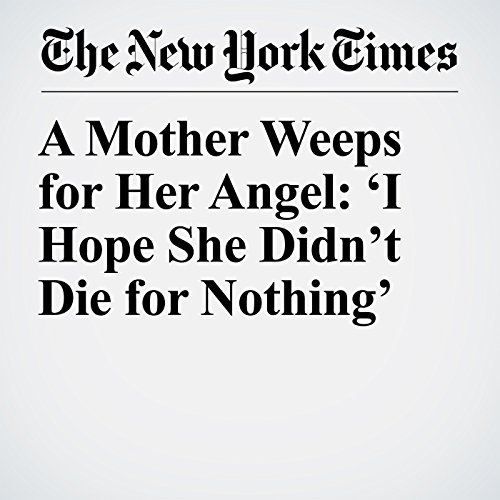 PARKLAND, Fla. — Just 24 hours after a shooting that turned this city numb, Lori Alhadeff stood near 17 cream-colored angels with gold wings that lined the park stage where a vigil was held Thursday night. One of those angels represented her daughter, Alyssa, 14, who was killed in the massacre at Marjory Stoneman Douglas High School.

"A Mother Weeps for Her Angel: ‘I Hope She Didn’t Die for Nothing’" is from the February 16, 2018 U.S. section of The New York Times. It was written by Julie Turkewitz, Audra D.S. Burch and Liam Stack and narrated by Mike DelGaudio.

Cosa pensano gli ascoltatori di A Mother Weeps for Her Angel: ‘I Hope She Didn’t Die for Nothing’