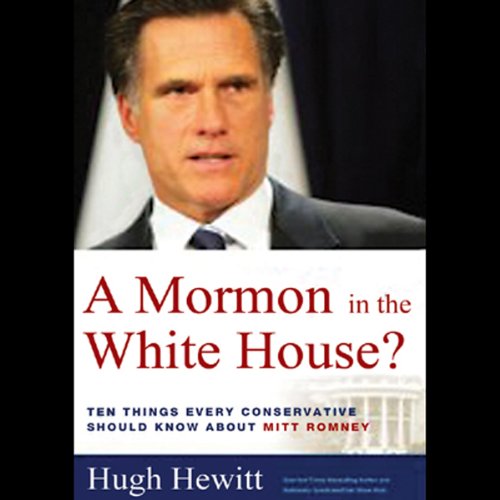 A Mormon in the White House?

A Mormon in the White House? is the first book on this intriguing candidate and his unusual faith story.

Mitt Romney may be the only Republican who can deny John McCain the nomination. And he may be the only Republican who can stop Hillary. He's an incredibly successful businessman and a fiscal and social conservative who managed to win the governorship in one of the staunchest Democratic states in America. But the Massachusetts governor Mitt Romney is also a devout Mormon. So what does that mean for the election of 2008?

Hugh Hewitt sets out to explain Romney, his faith, and the importance of that debate. Mixing exclusive interviews with the governor and candid conversations with some of the country's leading Christian pastors and shrewdest political observers, this is a riveting look inside the most wide-open battle for the presidency since 1948.

A must read for objective conservatives

Hewitt does a great job of objectively reviewing Romney's skills, qualifications, and beliefs. It is a must read for any objective conservative in preparation for the Republican primaries.