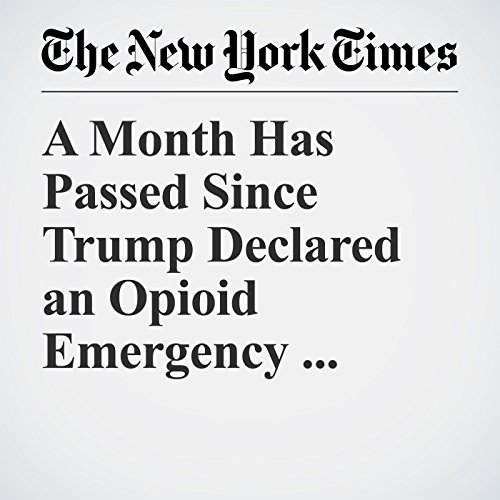 A month has now passed since President Donald Trump announced in early August that the opioid crisis was a “national emergency." That urgent talk has yet to translate into urgent action. While the president’s aides say they are pursuing an expedited process, it remains to be seen how Trump plans to direct government resources.

"A Month Has Passed Since Trump Declared an Opioid Emergency. What Next?" is from the September 10, 2017 U.S. section of The New York Times. It was written by Maggie Haberman and narrated by Kristi Burns.

Cosa pensano gli ascoltatori di A Month Has Passed Since Trump Declared an Opioid Emergency. What Next?