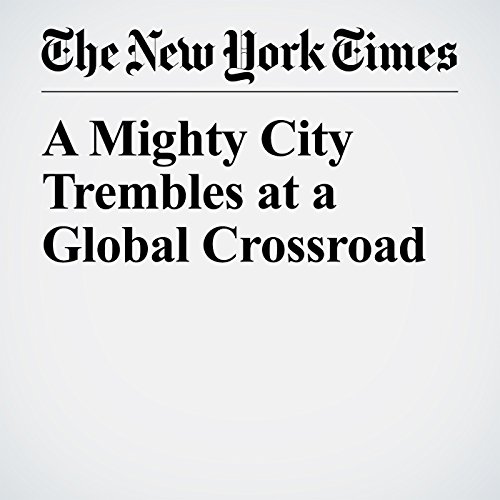 To many people in the capital, the vote last year feels like a rejection not just of Europe but also of the values embodied by London, perhaps the world’s most vibrantly and exuberantly cosmopolitan city: values like openness, tolerance, internationalism and the sense that it is better to look outward than to gaze inward. Even as a sense of melancholy seemed to descend on St. Pancras when I walked around the other day, much of the rest of Britain was celebrating.

"A Mighty City Trembles at a Global Crossroad" is from the April 11, 2017 World section of The New York Times. It was written by Sarah Lyall and narrated by Keith Sellon-Wright.