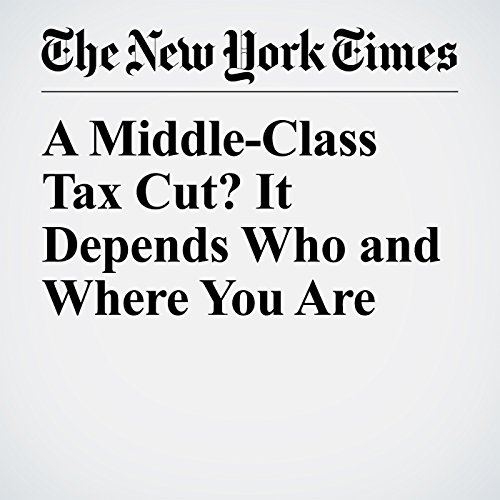 Republicans promised a middle-class tax cut. So far, they have created mostly middle-class confusion. Both the evolving House bill and the emerging Senate plan would slash taxes for businesses and many wealthy individuals. What they would mean for the middle class, however, is less clear. The plans feature a spider web of intersecting and offsetting changes to the tax code that many taxpayers — and even many tax accountants — are struggling to untangle.

"A Middle-Class Tax Cut? It Depends Who and Where You Are" is from the November 09, 2017 Business section of The New York Times. It was written by Ben Casselman and Tara Siegel Bernard and narrated by Mike DelGaudio.

Cosa pensano gli ascoltatori di A Middle-Class Tax Cut? It Depends Who and Where You Are